A new Cerebro Serpens (Constellation of the Snake ) version has been released in order to change the old Cerebro Astro version that you were working with since 2010. The reason we call it Serpens: Serpens version if to compare with Astro version, will be a Software development Kit on the Python API base.

SDK allows to develop custom functions for the system that were not available in the standard version, also to automate interaction between Cerebro and another Software, that is used (we will not be afraid this word) in the pipeline in your studio.

With the Help of «Client» API you can add points to the main menu, to the context menu – in the navigator and also to the forum. It is necessary to notice that API is realized on a so-called « trigger approach», or «system of events». That means with the help of client API you can launch various scripts in a response to the user actions or the system events, and thus make routine operations even more automatic, for example: to provide data transmission between several systems, or to conduct new control functions – to supervise correctness of the name of spread files, file types, etc.

Server API- Is used as a database access. In an automatic mode it allows to create/edit records to the database, for example: tasks and messages, and also it allow spreading files and links.

More detailed documentation about SDK is still in progress, but some sections are already available to inquisitive “Python-coders”. Follow our updates on our website in the “Support” section. New articles about SDK are updated almost daily, and we hope that the final documentation will be finished approximately by the May 15.

In order to increase our system’s general reliability, we have launched an additional Cerebro’s replication server. That means, if the main server will not respond, users will be automatically switched onto the reserve server, and they will be able to continue their work at no problem. Replication server provides data synchronization in the real time, therefore switching between the servers will not be noticeable for users.

Note: Such data synchronization is available only on SaaS-plans. Local system clients still must manage their backup data on their own.

Generally, if you want a real reliability for free- welcome to the «cloud»!

It happened! The beta-version of a long-awaited «Cerebro for iPad/iPhone 2.0» has finally being finished and soon it will be released. Currently, the app is being sent to the App Store. We hope that in 2-3 weeks it will be available to all the happy Apple (iPad and iPhone) owners.

A new iOS-client, compare to the old one, provides full compatibility with the new Cerebro Serpens databases.

Besides, in the new version the interface has been updated so that it improves the user experience when tracking your projects on an iPad.

Besides SDK, new version of Cerebro also includes an updated version of a Mirada player. Besides a standard Quick Time API, FFmpeg libraries, that considerably expands the list of supported codecs and containers. Thus the user can choose what library to use for playing one of these formats.

In general, from now on your favorite h.264 will run more smoothly and more precisely. Of course MiradaPro supports FFmpeg. 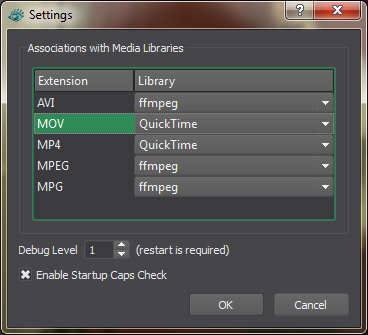 And that’s not all!

Aside the described innovations above, we brought some more extra options, which in the essence are described in one word «Convenience! ».

First, it is a new license activation principle in locally established systems. If in the previous versions  our system administrator had to «to climb under a cowl» and to replace a certain special file in a certain special place, now it can be imported simply directly from the Cerebro interface. New interface displays   much more information now when you manage your licenses, than it was available earlier – for example, the maximum number of users, validity periods of each license, etc.

Second, new Cargador.  It is able to switch automatically from a local cache of files to the network storage and back – depending on, whether the network storage at the moment of login is available. Imagine that you have a laptop that periodically moves with you from your house to your office and back.  While “Old” Cargador at first would download to your laptop those files which are in the network storage, but are absent in your local cache. While «new» Cargador instead of wasting time on downloading- it will simply automatically connect you directly to the file server, straight away you will be able to work with them, while saving time and space on your hard disc. However, if you are more comfortable with the “Old Cargador” and you don’t want to change anything, then it is possible to switch this function off.

The new Cerebro Serpent is already available for those users that use Saas-Demo version and SaaS-Private Studio. But users that use local versions (Business and Corporate) will have their shipment after «May holidays», starting from May 15; a process of getting demands form system administrators.

Sincerely and have a pleasant «May holidays»! 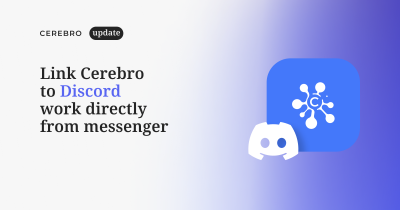