FREE TRIAL
Back to Blog Cerebro

Its major difference from the previous versions is a possibility of two-way communication in the Forum between Cerebro users and the people who do not have full accounts in Cerebro (for more understanding we will call them “Email users”). See below how it works, and also about other innovations inside this new version.

In fact, a Cerebro email user is just an email address registered in the system to which copies of messages from the Forum are sent. Files attached to the Forum messages are not transferred as files, but they are sent as download links. The letter, usually, looks like this: 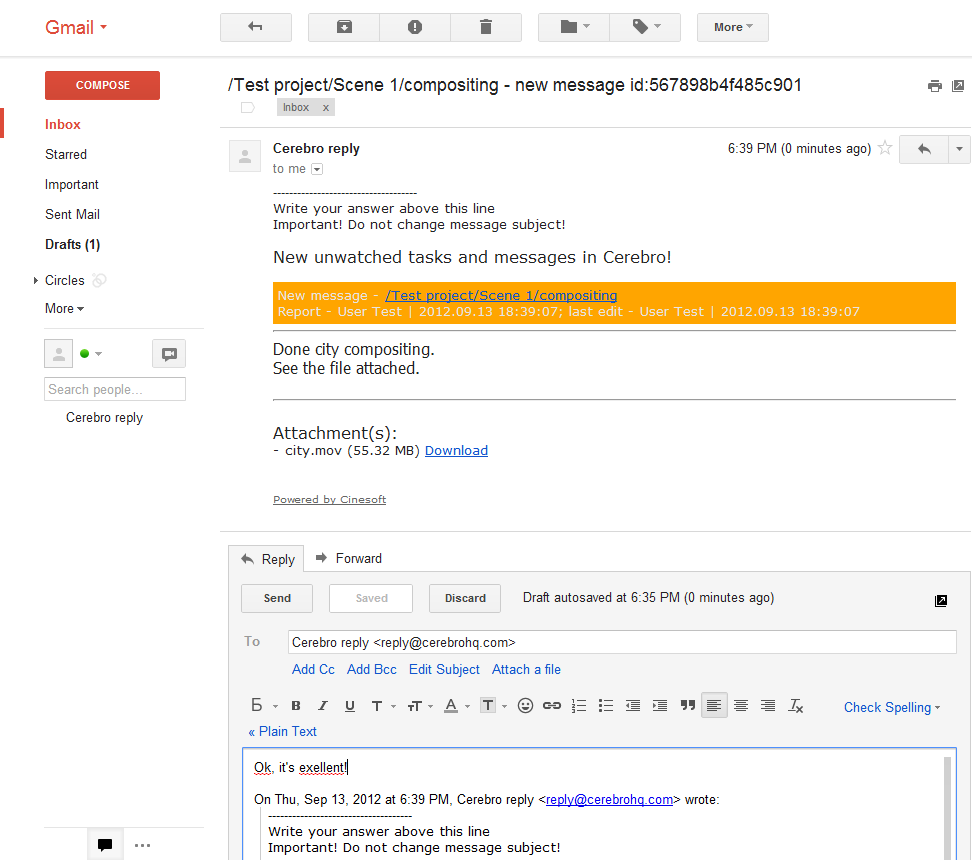 In this screenshot you see that this letter comes from Cerebro  to the  user’s email , and the answer to this letter is automatically published back in Cerebro, in the corresponding thread of the Forum, together with its attachments  (if those were added to the answer): 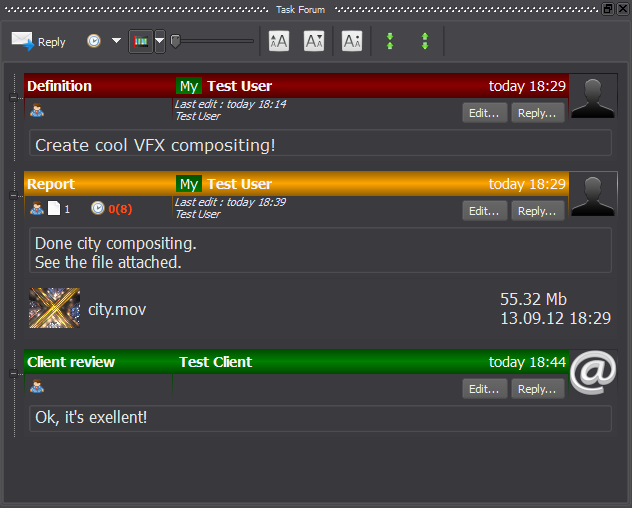 Email users’ accounts are free of charge but their amount is limited, it is equal to the amount of the “standard” user accounts in your universe. See the “Universe” tab of the “Administrator” panel to get the amounts of used/unused accounts of both types.

Check out the official whitepaper to know more about this feature.

Editing the task properties, previously possible in a special “Task properties” tab only, now is accessible in all table interfaces displaying such properties: in the Navigator, in Statistics, in the «ToDo» and «Followed Tasks» lists.

Inline editing, from the user point of view, is similar to data editing in spread sheets: 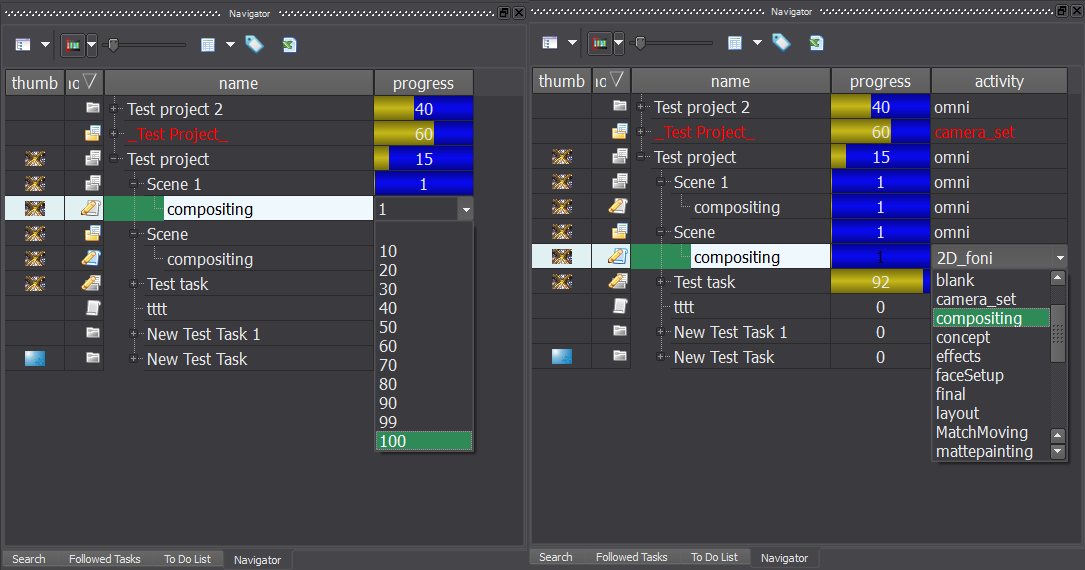 It is possible to edit all the tags and task properties, including lists of allocated performers and “followers”. 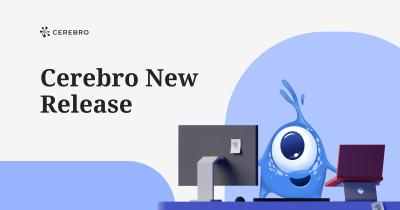